Book Club meets the 3rd Tuesday of every month at 6:00 p.m. from January through November.

The book selection for October is There There by Tommy Orange.

“Orange’s commanding debut chronicles contemporary Native Americans in Oakland, as their lives collide in the days leading up to the city’s inaugural Big Oakland Powwow. Bouncing between voices and points of view, Orange introduces 12 characters, their plotlines hinging on things like 3-D–printed handguns and VR-controlled drones. Tony Loneman and Octavio Gomez see the powwow as an opportunity to pay off drug debts via a brazen robbery. Others, like Edwin Black and Orvil Red Feather, view the gathering as a way to connect with ancestry and, in Edwin’s case, to meet his father for the first time. Blue, who was given up for adoption, travels to Oklahoma in an attempt to learn about her family, only to return to Oakland as the powwow’s coordinator. Orvil’s grandmother, Jacquie, who abandoned her family years earlier, reappears in the city with powwow emcee Harvey, whom she briefly dated when the duo lived on Alcatraz Island as adolescents. Time and again, the city is a magnet for these individuals. The propulsion of both the overall narrative and its players are breathtaking as Orange unpacks how decisions of the past mold the present, resulting in a haunting and gripping story”--Publishers Weekly. 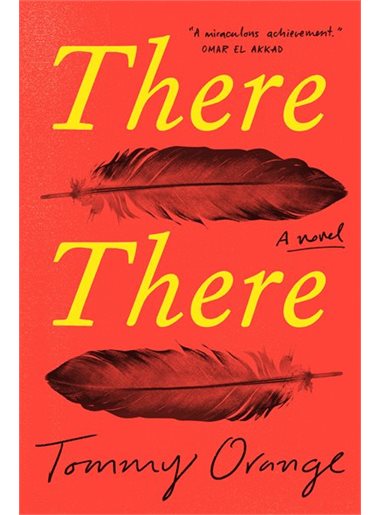