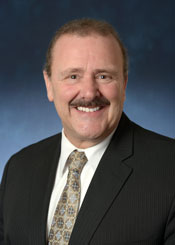 Mark Addiego was the youngest person elected to the City Council in South San Francisco during his first term in 1980. He was elected again in 1985 and served two terms as Mayor during his first Council tenure.

After a break from city government, Addiego returned to the City Council in 2005. He was re-elected in 2009, with his current four-year term expiring in 2022. Addiego has a strong commitment to open and accessible local government proceedings.