** STREET SWEEPING OPERATIONS WILL RESUME MONDAY, JUNE 29 IN SOUTH SAN FRANCISCO.  WE ARE ENCOURAGING ALL RESIDENTS TO ABIDE BY THE NO PARKING STREET SIGNS.  A GRACE PERIOD WILL BE IN EFFECT ** UPDATED STREET SWEEPING SCHEDULE

Every Woman Needs a Tribe.

The City of South San Francisco and Women on the Rise invite women of all ages to participate in the SSF Women's Conference II. The purpose of this event is to empower, elevate, and enrich women, promote professional growth, and encourage women to support one another. Speakers include Congresswoman Jackie Speier, former television journalist Michelle Kennedy, Judge Elizabeth Lee, Attorney Patricia De Fonte, and CEO Liza Normandy. Together these speakers will educate and inspire us as we navigate the various stages in our lives. The day will include several agency representatives sharing information about the services they offer, such as the League of Women Voters, IEP Collaborative, HIP Housing, CORA, and several more.

Register now! Tickets are $40 plus a $2.63 processing fee. A continental breakfast and lunch will be provided. Congresswoman Jackie Speier (pronounced SPEAR) is a fearless fighter for women’s equality, LGBTQ rights and the disenfranchised who has dedicated her life to eliminating government corruption while working to strengthen America’s national and economic security. She was named to Newsweek’s list of 150 “Fearless Women” in the world and one of “Politico's 50” most influential people in American politics for bringing the Me Too reckoning to Congress.

She proudly represents California’s 14th Congressional District, stretching from the southern portion of San Francisco through San Mateo County to East Palo Alto, and serves on the House Armed Services Committee (HASC) and as the Chair of the Military Personnel Subcommittee, on the House Permanent Select Committee on Intelligence and on the House Committee on Oversight and Reform, where she serves on the Subcommittees on Environment and Government Operations. Speier is also Co-Chair of the Democratic Women's Caucus (DWC), the Congressional Armenian Caucus, the Bipartisan Task Force To End Sexual Violence, and the Gun Violence Prevention Task Force.

Speier first ran for Congress in 1979, facing a crowded field in a special election for a seat formerly held by Congressman Leo J. Ryan, for whom Speier had served as a legislative aide.

The special election was called after Ryan was shot to death in Jonestown, at the compound of the People’s Temple, a cult in Guyana that had previously been based in Ryan’s District. Speier traveled with Ryan on that trip in 1978 in an attempt to rescue some of the cult’s 900 members. She was left nearly lifeless on the airport tarmac after being shot five times at point blank range with an assault rifle.

Speier chose to be a survivor, noting that “looking death in the face can make fearless.”

Speier received her B.A. in Political Science from the University of California at Davis and her J.D. from UC Hastings College of the Law. Along with her husband, Barry Dennis, and her children, Jackson and Stephanie, she is a proud fan of the San Francisco Giants, the Golden State Warriors, and a lover of all things California. She enjoys any activity that allows her to spend time with her family, including their much-loved puppy Emma. 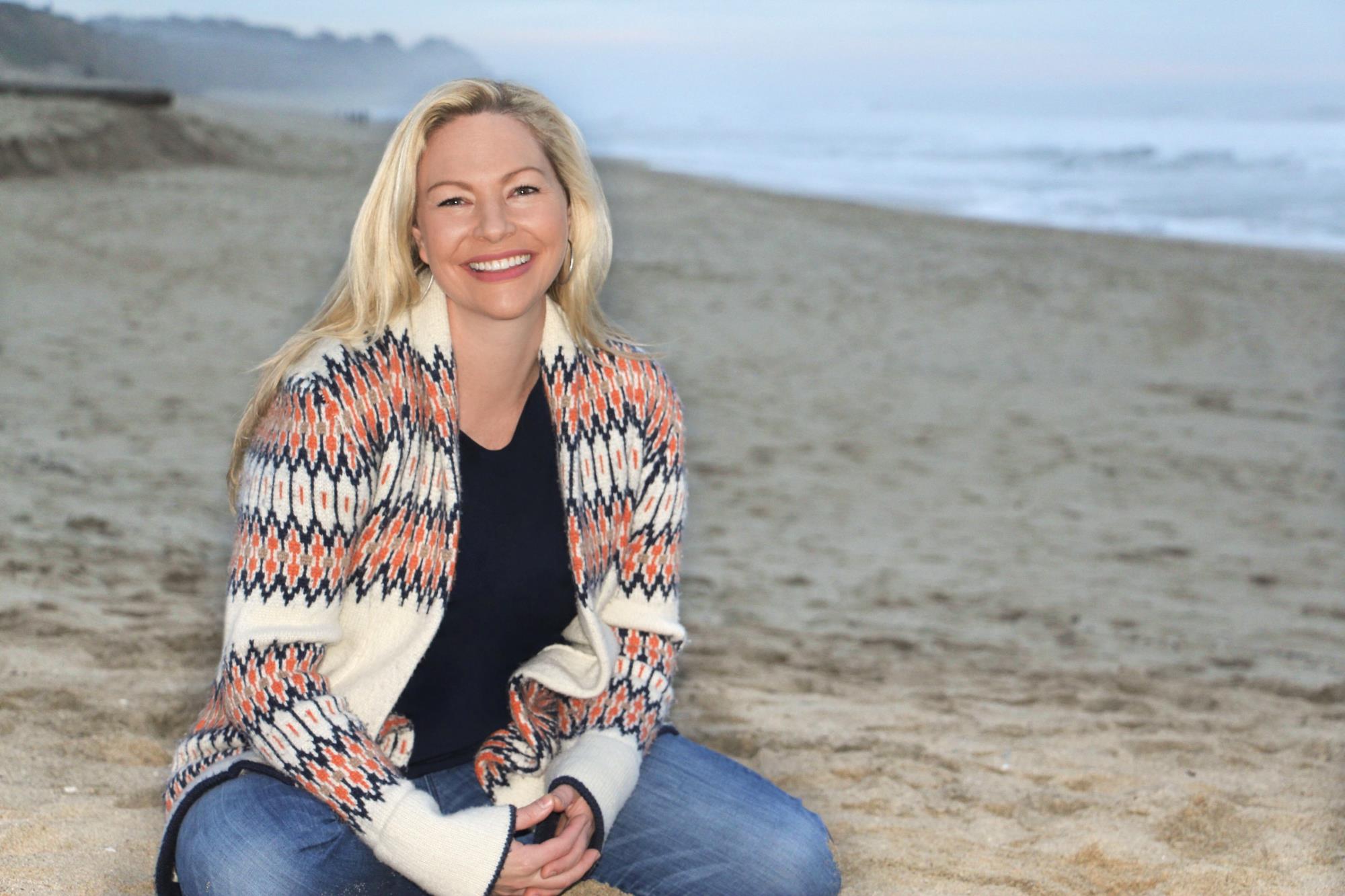 Dropping the Stories that Tell Us We Can’t: For most of her life, Michelle Kennedy struggled to stand up for herself and speak from the heart because of a story she believed that said women who talk like that are “undesirable.” Carrying this false narrative kept her from her passion: writing. By holding on to the story, Kennedy never had to make herself vulnerable to share her experiences with trauma, loss, love, body image, and all of the other topics she longed to write about. When she finally dropped the lie and found the courage to write and publish her work, the process brought her closer to people. Kennedy’s goal in sharing her journey is to motivate others to look at the false stories they are holding on to that may be keeping them from embracing their true passions.

Michelle Kennedy published her first book, Don’t Pee in the Wetsuit, in 2016 and is a regular contributor to HuffPost, Elephant Journal, and Tiny Buddha. Her essays and speaking focus on dealing with loss, self-compassion, body image, moving through trauma, and dropping the stories that tell us we can’t. Kennedy teaches in the Communication Studies Department at the University of San Diego. A former television news reporter and anchor at KRON4 in San Francisco, she shot, wrote, edited, and presented stories live for multiple newscasts. To learn more, you can check out: mkennedywriter.com. 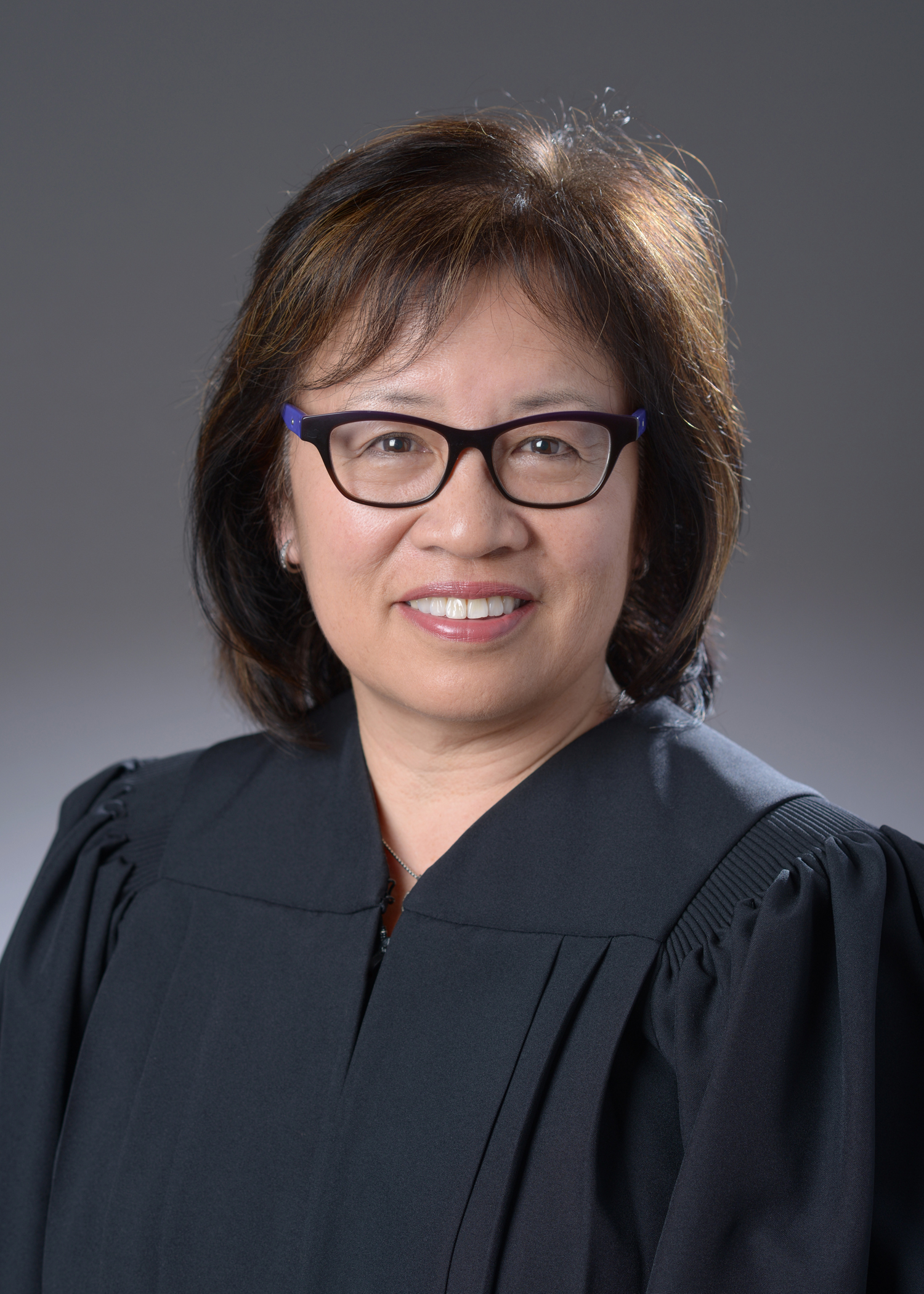 Join Judge Elizabeth Lee, the first Asian American to be on the Superior Court of San Mateo County, on her journey in becoming a lawyer and judge. Hear about her trials and tribulations as a woman in a male-dominated field and learn what has kept her in this profession, and her highlights in her career as she continues to practice, exercise power, and inspire future generations of women lawyers and judges.

Judge Lee has been actively involved in work aimed at improving access to justice and ensuring better outcomes for women, children and other individuals who come into the court system. 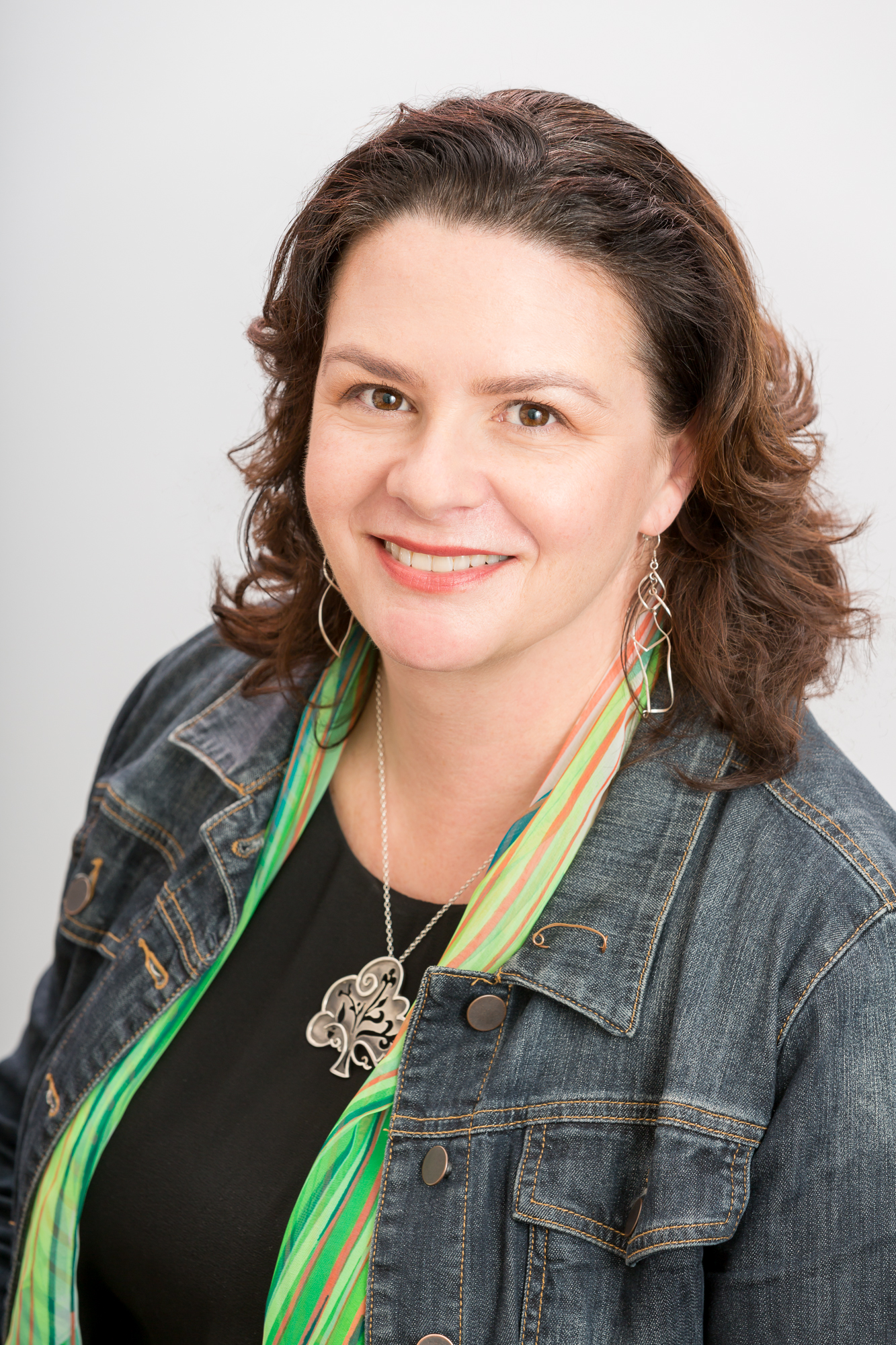 Patricia De Fonte, L.L.M. is a local estate planning attorney. She works with families with young children to create personalized estate plans that protect the beneficiary's privacy and aim to preserve family harmony. Patricia works with every client to identify and mitigate risk. Perhaps risk is a lack of proper insurance or a fragile family member. Perhaps risk is the assumption that a client will be the primary caretaker for the children or for an elderly parent or family member. Patricia works with her clients to find ways to mitigate risk. Sometimes it's as simple as obtaining umbrella insurance. Sometimes it means talking with elderly parents about creating their own estate plan and purchasing expensive life insurance to compensate my clients for lost wages during a time of service to the family.

Estate planning attorney Patricia De Fonte, who recently received her masters in Estate planning, Probate and Trust Administration from the Golden Gate University School of Tax loves what she does, and she takes it seriously. She strongly believes that families belong together and that an estate plan has failed if it does not preserve family harmony. Estate planning is not filling out a questionnaire and then signing documents a lawyer has prepared for you. Estate planning decisions come from the heart, after guided discussions and counsel about your options. When not working with clients to create personalized estate plans, Patricia is playing Cards Against Humanity with friends, reading the New Yorker cover to cover, and cheering on her sons at soccer games and music recitals. 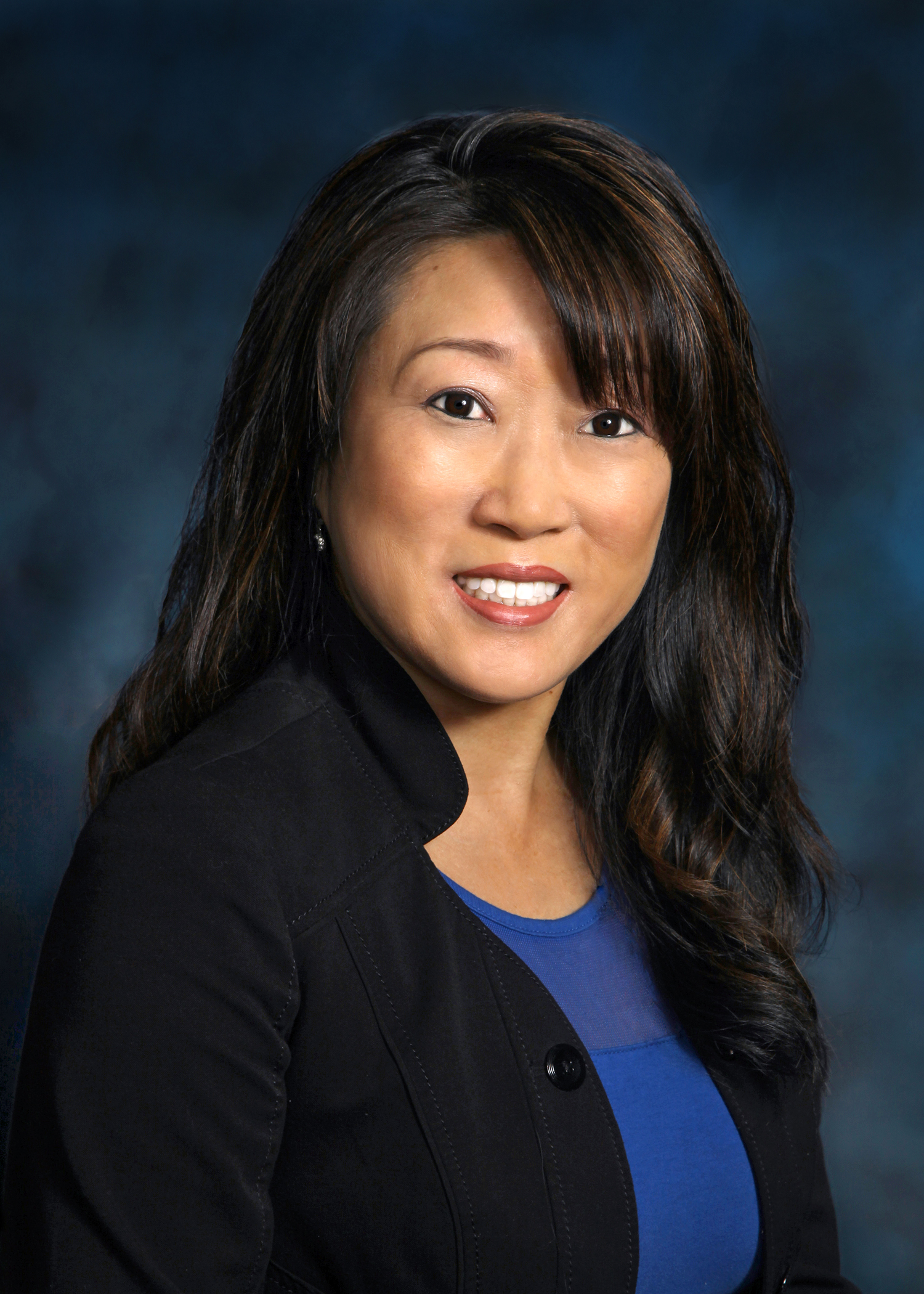 "Sometimes it takes only one person to believe in you. It is then up to you to make a change, a difference in your community." During her City Council term, Liza opened the doors for women to get more involved in local government by providing support, guidance, and leadership to motivate them to apply for local Boards and Commissions. She's a firm believer that there is a great need for more women to be involved in local government. Come listen and learn from Liza the ins and outs of local government, what is involved, and the next steps one needs to take in order to make a difference in your local community.

Liza is the CEO of the South San Francisco Chamber of Commerce.  She is a key representative and advocates for business owners and employers in South San Francisco.  Liza's responsibilities include providing executive leadership and strategic direction to the Chamber with an emphasis on fulfilling its mission. She reports to a Board of Directors and an Executive Board made up of business and community leaders.  Liza vigorously fights for the rights of business owners locally and throughout the County and State.

Liza spent 12 years serving in local government as an elected official. She retired from elected life in December 2018, after serving as Mayor of the City of South San Francisco.  Her experience includes over 25 years in the hospitality and event planning industry, including six years as the Director of Sales for the Green Hills Country Club in Millbrae California.  Liza's success politically and professionally is attributed to her tireless work ethic and her impeccable social skills.