** STREET SWEEPING OPERATIONS WILL RESUME MONDAY, JUNE 29 IN SOUTH SAN FRANCISCO.  WE ARE ENCOURAGING ALL RESIDENTS TO ABIDE BY THE NO PARKING STREET SIGNS.  A GRACE PERIOD WILL BE IN EFFECT ** UPDATED STREET SWEEPING SCHEDULE

One of the movements in police reform is called “Eight Can't Wait,” a list of eight policy changes police departments can make that the people behind the eightcantwait.org movement say will improve police departments and, consequently, reduce the number of negative police incidents in a city. The South San Francisco Police Department agrees with enforcing policies that make use of undue force by a police officer far less likely. The Department already fully complies with six of the policies advocated by eightcantwait.org, and nearly fully complies with the remaining two. Full compliance with those two may not be reasonably feasible as described in detail below.

The Police Department is always open to dialogue about ways to improve police policies, and is very transparent about the policies in effect. All of the South San Francisco Police Department’s policies are available online at: https://powerdms.com/public/SSFPD/tree.

Defined by 8cantwait.org as “Both chokeholds and all other neck restraints must be banned in all cases.

South San Francisco Fully Complies: Chokeholds and strangleholds are not permitted. The South San Francisco Police Department has banned the use of the carotid restraint hold and will continue to monitor California POST guidelines and recommendations, as well as state legislative directives, regarding any future use of this type of control hold. 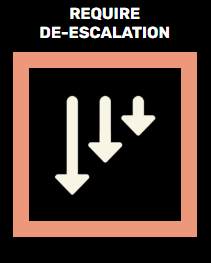 Defined by 8cantwait.org as “Require officers to de-escalate situations, where possible, by communicating with subjects, maintaining distance, and otherwise eliminating the need to use force.”

South San Francisco Fully Complies: California Senate Bill 230 requires that officers utilize de-escalation techniques, crisis intervention tactics, and other alternatives to force when feasible. SB 230 also mandates that policies require officers to conduct all duties in a manner that is fair and unbiased. In addition, SB 230 requires all officers to be trained in de-escalation techniques and alternatives to deadly force. 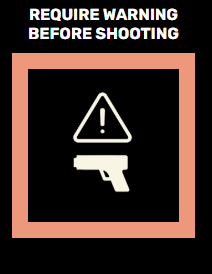 Defined by 8cantwait.org as “Require officers to give a verbal warning in all situations before using deadly force.”

South San Francisco Partially Complies: Consistent with California Assembly Bill 392 and federal case law, SSFPD policy mandates that where feasible, officers shall, prior to the use of force, make reasonable efforts to warn that deadly force may be used. Examples when a verbal warning may not be feasible include but are not limited to: active killer situations, terrorist activity, hostage rescue situations, or any other situation where the violent activity of the perpetrator is so immediate that mitigation by verbal warning may not be feasible. This is a very rare exception. 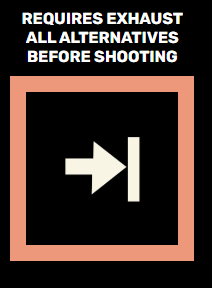 Defined by 8cantwait.org as “Require officers to exhaust all other alternatives, including non-force and less lethal force options, prior to resorting to deadly force.”

Defined by 8cantwait.org as “Require officers to intervene and stop excessive force used by other officers and report these incidents immediately to a supervisor.”

South San Francisco Fully Complies: Consistent with California Senate Bill 230 and federal law, SSFPD policy mandates that any officer present and observing another officer using force that is clearly beyond that which is objectively reasonable under the circumstances shall when in a position to do so, intercede to prevent the use of unreasonable force. Any officer observing another officer using force that exceeds the degree of force permitted by law is required to report his/her observations to a supervisor immediately.

In addition, officers receive intervention training in the Basic Police Academy, during the Field Training Program, and by way of ongoing, in-service training through video, online, and scenario-based programs. Supervisors regularly review policies with officers and re-emphasize those policies as a matter of routine.   It should be noted that the duty to intervene discussed above is so significant to our values that it is emphasized at the beginning of the use of force policy. 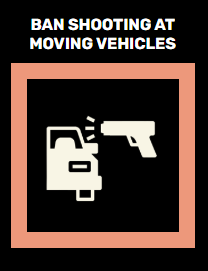 Defined by 8cantwait.org as “Ban officers from shooting at moving vehicles in all cases.”

South San Francisco Partially Complies: The South San Francisco Police Department does not allow officers to shoot at people in a moving vehicle except in extreme and very narrow circumstances. An example of such a circumstance would be the imminent threat of death or great bodily injury by a perpetrator intentionally using a moving vehicle as a weapon or shooting at people from the vehicle such as a drive-by shooting; although police do not shoot even in these circumstances if the danger from shooting outweighs the likelihood of stopping the driver. This is a very rare exception. 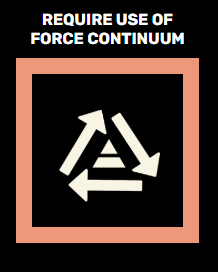 Defined by 8cantwait.org as “Establish a Force Continuum that restricts the most severe types of force to the most extreme situations and creates clear policy restrictions on the use of each police weapon and tactic.”

South San Francisco Fully Complies: The use of force by law enforcement personnel is a matter of critical concern, both to the public and within the law enforcement community. On a daily basis, officers are involved in numerous and varied interactions and, when warranted, may have to use reasonable force necessary in carrying out their duties. Officers must have an understanding of, and true appreciation for, their authority and limitations. This is especially true with respect to overcoming resistance while engaged in the performance of law enforcement duties. The Department recognizes and respects the value of all human life and dignity without prejudice to anyone. Vesting officers with the authority to use reasonable force and to protect the public welfare requires monitoring, evaluation, and a careful balancing of all interests.

Our officers are supplied with a variety of use of force options, should the need arise that requires their use.  These options provide officers with a continuum of alternative methods they can use to gain cooperation and compliance.  Officers are expected to use the least intrusive and most objectively reasonable method possible with regard to the safety and well-being of all involved. 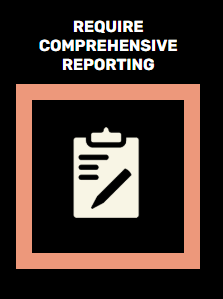 Defined by 8cantwait.org as “Require officers to report each time they use force or threaten to use force against civilians. Comprehensive reporting includes requiring officers to report whenever they point a firearm at someone, in addition to all other types of force.”

South San Francisco Fully Complies:  California Senate Bill 230 contains comprehensive and detailed requirements for prompt internal reporting and notification regarding use of force incidents. Additionally, legislation from 2015 (Assembly Bill 71) requires statewide detailed reporting requirements on serious use of force incidents. SB 230 also requires officers to report excessive force they witness, which is consistent with our department’s mandate for officers to intervene. SSFPD policy mandates that any use of force by a member of this department shall be documented promptly, completely, and accurately in an appropriate report. An officer shall articulate the factors perceived and why he/she believed the use of force was reasonable under the circumstances.