On July 11, 2018, the City Council adopted Ordinance No. 1558-2018  to change from at-large to by-district elections, establishing boundaries, and sequencing of elections within the districts. The Council members in office shall continue to represent the City at-large until the expiration of the full term to which they were elected and until their successor is qualified. The City received a certified letter on March 6, 2018 (view Español, Tagalog, Simplified Chinese) from the law firm of Shenkman & Hughes claiming the City was violating the California Voting Rights Act (CVRA) because Council members were elected at-large rather than by districts. Dozens of local government agencies in California faced similar challenges in recent years.

This protection applies only to cities that pass a resolution within 45 days of receiving a demand letter alleging a violation of the California Voting Rights Act. The resolution must indicate the city’s intent to move to district elections. 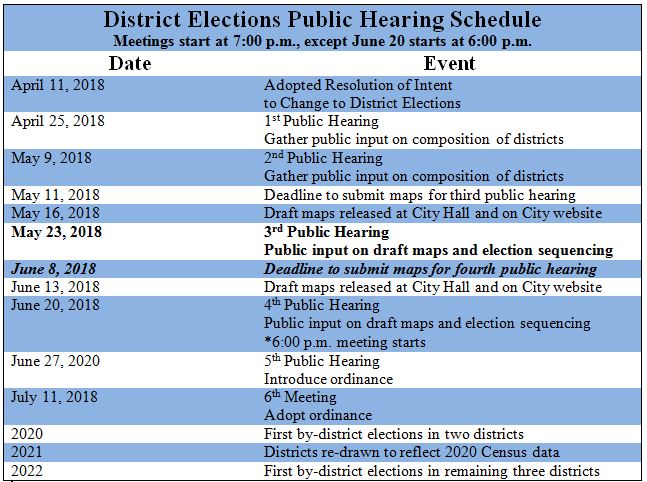