The City of South San Francisco’s Paving Program is responsible for the maintenance and repair of 138.9 miles of street. With contributions from Measure W, the City will invest a total of $18 million towards street maintenance and pothole repairs over a five-year period. The proposed $18 million paving program will target the “poor” and “very poor” streets with high utilization while keeping the City’s overall street network in a state-of-good repair. The high traffic streets that were selected have been inspected and improvements will take place over a five-year period, as reflected in in the pavement maps (available below for download). The City’s program will utilize an improvement program that consists of slurry seals, overlays, and surface reconstruction as maintenance and rehabilitation strategies.

Download the five-year paving plan. *The paving plan is subject to change due to rates of damage and/or deterioration.

More about the Pavement Repair Strategies:

Slurry Seal is a thin layer of liquid asphalt and is applied to streets and roadways to extend the usable lifetime of the surface. Slurry seals may close roadways for 4 to 5 hours after completion of the work, depending on weather conditions.

An overlay is similar to a slurry seal but is a much sturdier repair. An overlay consists of approximately two inches of gravel and asphalt to resurface the road. The street is closed for grinding, then again for resurfacing. The road may be opened roughly two hours after the overlay has been applied. 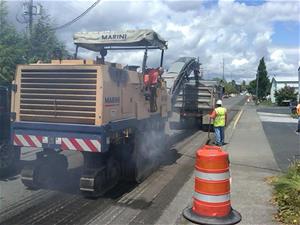 Surface reconstruction is done when an overlay is insufficient. When a road is in such disrepair, it is deemed un-useable. Reconstruction involved the demolition of the existing road and a full reconstruction from the foundation up. This will close roadways for extended periods of time. 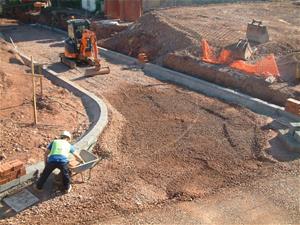