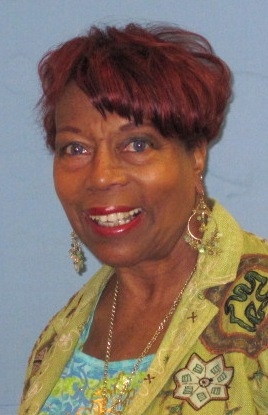 In addition, for 11 years, Frances was Vice President and Board Member for the child care center, Friends to Parents. Her involvements with the center included promotion goodwill between parents, instructors, and administrators. She also was actively involved in fundraising, visiting the classrooms to evaluate and observe teacher/children interaction.

Francis attended San Francisco State University of California, earning a Bachelor of Arts degree in Psychology and a Master of Science degree in Rehabilitation Counseling. Her lifetime credentials include the Community College Credential, California Teachers Credential, and Standard Service Credential - Pupil Personnel. She was also elected as the President of California Probation Parole Correctional Association in 2002.

Frances Luster's only son was murdered in San Francisco in 1990. As a result of this tragedy, she has made it her mission work to stop the cycle of violence towards all citizens, especially children. She is victim-driven, and committed to making a difference in the community. To accomplish this, she has volunteered for several victims groups, including:

Frances also works with the Victims' Assistance Program, which is through the District Attorney's office and the Domestic Violence Program administered by the Adult Probation Department. She facilitates anger management and conflict resolution group courses at the county jail in San Francisco. She has lectured in various venues to inmates about the affects of violence on their victims, including:

She has traveled to Ghana, West Africa, and Washington D.C. to promote "Stop the Clock of Violence."

Frances is very active in community and service organizations.

My name is Robert Bernardo and I am a gay, Jewish, Filipino-American. With this combination of ethnic, religious and sexual orientation identities—I see myself as a person who can bridge together the three communities that I represent.

My family came to the United States when I was two-years-old and we settled in the San Francisco Bay Area. I have lived in South San Francisco for over forty years and it’s the place I call home. My mother is a retired medical doctor, and my father is a business owner.

I came out as gay to my family in 1984 at the age of 16. One has to remember that this was at a time in America when we did not yet have same-sex marriage. There weren’t a lot of LGBT role models on television either.

Being an openly gay teenager in the 80s was very tough. I was bullied almost daily in both elementary and high school. It was also a scary because of a new disease called AIDS.

Fortunately, I have always had a supportive family. Everyone in my family accepted me for who I am. Their unconditional love helped build my confidence and self-esteem over the years.

My parents only wish was for me was to live a happy and productive life. One of my warmest memories of being a teenager was my father cooking dinner for my gay friends every June after the annual San Francisco LGBT Pride Parade. Everyone would come over to my house for a Philippine-style feast prepared entirely by my father.

I also remember my grandmother accompanying me to San Francisco Castro’s District just to “hang out with all the gay people.” She completely embraced my joy as a gay man as we both learned about the gay lifestyle from what we saw on the streets of San Francisco. Those are my fondest memories of my grandmother.

My family experience contrasts greatly with that of my closest friends. I have gay friends who were disowned by their parents. To this day, their families still refuse to talk to them.  I’m sad because good parenting should always include conversations about acceptance and inclusiveness.

After decades of soul-searching, I realized that Christianity was ultimately not for me. Therefore, in 2003, I left the religion in search for something new. I “interviewed” friends from different faiths to try to find a religion that fit my own spiritual views. I remember an entire month of lunches with my Buddhist, Hindu, Jewish, and Muslim friends.

Judaism was the religion that resonated with me the most. My Jewish conversion process took about two years, and today I am happy that my mother has since decided to follow me into Judaism (my father is the only Catholic in my immediate family).

At age 49, I feel happy with my journey. I am truly grateful for the opportunity to serve my community in various capacities: serving on the South San Francisco Planning Commission and Personnel Board. Today, I work full time at the Port of Oakland as the Communications Manager. My part-time job includes serving as a countywide elected official on the San Mateo County Harbor Commission.

At first, I was concerned that being openly gay, Filipino-American and Jewish would be a barrier to acceptance, but these identities actually helped me. I was fully embraced by all three communities. I give full credit to South San Francisco’s diverse community where different ethnicities, cultures and religions converge on a daily basis.

My advice to the next generation: Live your life authentically and help others whenever you can. You will find no greater joy or peace of mind. 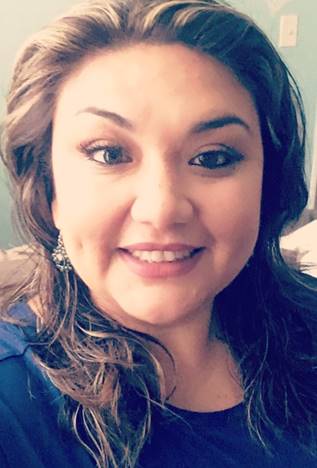 "Everyone Has a Story"

My name is Rosa Govea Acosta, a Mexican-American mother of five, a wife, a successful professional, and a School Board member with the South San Francisco Unified School District. I am the first Latina to serve on the school board and a first generation college graduate. I see myself as a person who represents several communities – a child of immigrant parents, a first American born, and a child of low social economic opportunities. As many children who grow up in socially disadvantaged and often segregated neighborhoods, I never thought that I was different and never knew the challenges I would face.

My father and mother, Guadalupe and Aurora Govea, came to the United States from Mexico in the early 1970’s, with hopes of a better life and in search of the American Dream.  They settled in South San Francisco in 1976 and raised four children. I have lived in South San Francisco for forty one years, and currently still reside here, along with my husband, Jose Acosta, while raising our children.

My parents have always been supportive and excellent role models. My father obtained a fourth grade education, while my mother a third grade education. They came to this country and worked tirelessly to provide for us and for their families back home. My parents taught us to be hard-working, honest, and caring individuals. My father often worked three jobs from sunrise to sunset, while my mother stayed home caring for us and other children; both always prideful in that they were accomplishing their goals, without the need for government assistance.  Latinos traditionally are very private about their life and are prideful; very seldom asking for help - my parents were no exception.

During my career with the City of South San Francisco, I had great mentors that encouraged me to pursue my education because they saw my potential; a potential that I often undervalue.  After years of encouragement, I began my educational endeavor to obtain a higher education in 2007. While raising three children I obtained an Associate of Arts degree in Interdisciplinary Studies with emphasis in Social and Behavioral Science. I continued to pursue a Bachelor of Science Degree in Human Services with a concentration in Administration from Notre Dame de Namur University, while raising five children.

Many of you who know me, know that I am a woman with ambition and determination. I enjoy helping people and being a voice for the voiceless. In my years of working for the City, I often heard constant complaints of families tired of a broken educational system and who also felt underrepresented. I decided that I would be that change in the South San Francisco Unified School District and made the choice to run a campaign to be that representative that my community needed. It was a contentious election with three seats and eight candidates, me being one of them. This was my first encounter with politics and I quickly learned that in order to be part of the change you must be willing to Speak Up and Stand Up! I was successful and won the election, becoming the first Latina to serve on the South San Francisco Unified School District. I am thankful for the trust and confidence that my constituents afforded me.

I am happy with my accomplishments and give credit to the many people that believed in me. I am proud to be Mexican American in today’s society. I will never forget my humble upbringing and my roots.  I am still that girl raised in Old Town and proud to be from South San Francisco.  I am extremely proud of the legacy I leave behind for my children, especially my daughters.

I have a successful professional career as a City Clerk. I continue to advance my education and work towards my professional certifications. I intend to resume my education and pursue a master’s degree in the near future. During my spare time, I volunteer with the Get on the Bus program which is a program of the Center for Restorative Justice Works. It is a nonprofit organization that unites children and families with their loved ones in prison.

Everyone has a story and this is a glimpse into mine!

I leave you with a quote that inspires me, “In every position that I've been in, there have been naysayers who don't believe I'm qualified or who don't believe I can do the work. And I feel a special responsibility to prove them wrong.” - - Sonia Sotomayor